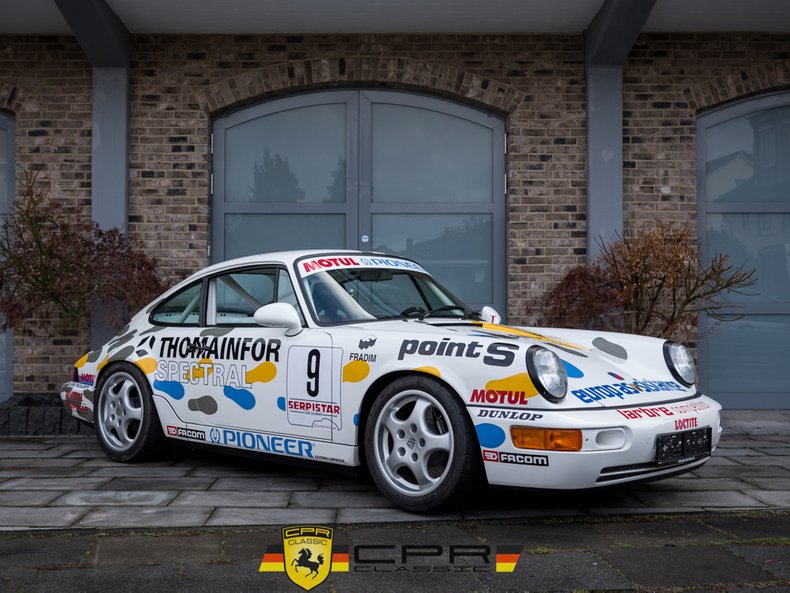 This 1991 964 Cup has lived a very privileged life having seen only one full season of professional racing in 1993. The car was driven by notable Formula 1 and LeMans driver Jean Pierre Jarier.

Some brief background on J.P. includes 12 seasons of Formula One driving for teams including John Player Lotus, March Racing Team, and Tyrell and ATS Racing. J.P. Jarier was also a regular at the 24 Hour of LeMans with 15 entries in the event. His most notable drive in LeMans was racing a Porsche 962 and 956b on two separate occasions for Kremer Porsche Racing in the mid-1980s.

In 1993 J.P. Jarier entered the Porsche Carrera Cup series with this 1991 Cup car and put together a very successful season, finishing 4th overall in the championship with top 10 finishes every race. The vehicle won at Spain and accumulated a total of 143 championship points during the season.

Following the single-season the car was raced, it was placed in long term storage with a private collector and was used sparingly at occasional track days and minimal road use.

In 2011 the car was fully restored including a complete refinish of its Carrera white exterior. It went through complete disassembly, inspection and cleaning of the undercarriage and all suspension components, a refresh of the drivetrain, and a perfect recreation of the car's period racing livery in vinyl. This 964 Cup appears and operates just as the day it did when it first arrived at the 1993 Carrera Cup racing series. The car is ready to be shown, tracked, or vintage raced anywhere in the world.

1994 saw the introduction of the 993 Cup car. This example has lived a brief but very successful racing life, and has been maintained to the highest level throughout its post-racing years. If you are looking for a prominent Porsche racecar that has not suffered through the beating of a lengthy racing career, yet competed outstandingly when demanded, this is a car to consider. There may not be a more unmolested example available to be found anywhere. 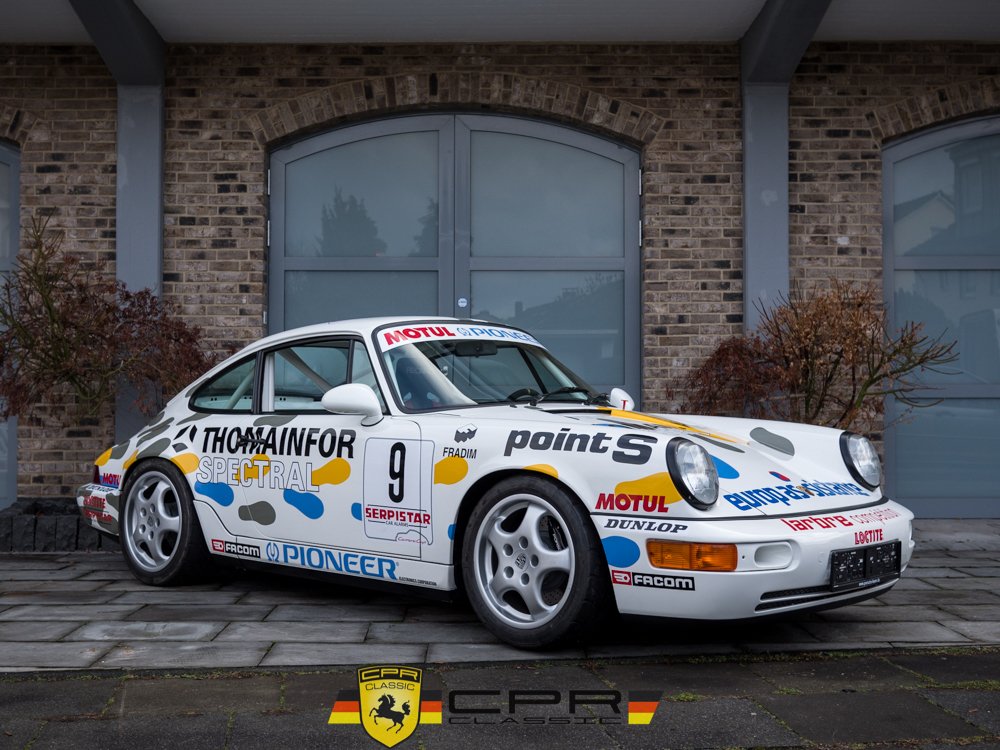