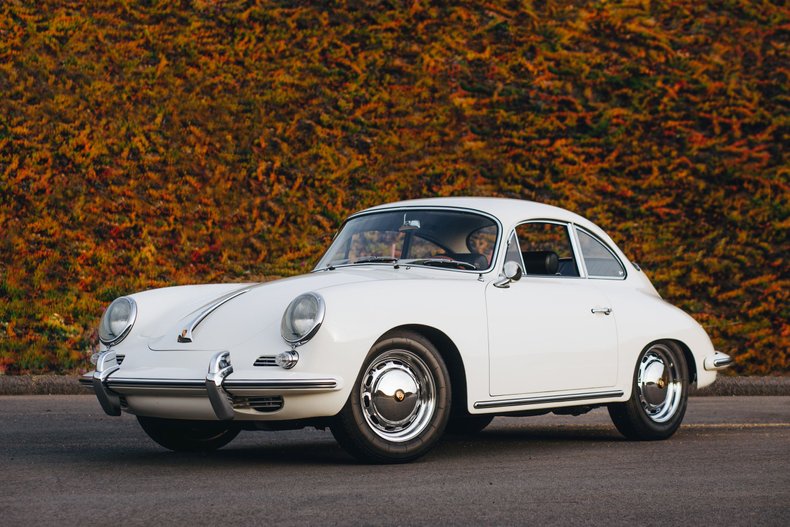 An American Hero and His Beloved Porsche 356

It was early 1965, and Naval Aviator Dennis Moore had just taken delivery of his brand new 1965 Porsche 356SC. The car was ordered through an exporter in Luxembourg on November 26th, 1964, and shipped to California for delivery.

Dennis "Denny" Moore graduated from the U.S. Naval Academy at Annapolis, Class of 1960, completed Naval Flight Training in November of 1961, and became a Naval Aviator. His assignment was Naval Air Station Miramar, where he spent six months with the VF-124 training to become a fleet replacement pilot in the F-8 Crusader.

In the Spring of 1965, approximately three weeks after taking delivery of his 356, Denny was deployed for a tour in North Vietnam during the Vietnam War. He placed the 356 into storage on North Island in San Diego and set off on the USS Bon Homme Richard (CV-31) aircraft carrier to serve his tour.

On October 27th, 1965, Denny was flying a mission over Laos for the VF-191 in an F8 Crusader and drifted into North Vietnam, where he was intercepted by a surface-to-air missile and forced to eject from his aircraft. Upon settling on the jungle floor east of Hanoi, he was taken captive by the North Vietnamese Army, where he remained a Prisoner of War in the 4th Allied POW Wing.

The Porsche 356 remained in storage in North Island while Denny's father attempted to locate it in Denny's absence. Denny's father finally found the car and traveled to San Diego to retrieve it. He drove the car back to his home in Littleton, Colorado, where it remained until the family relocated to Scottsdale, Arizona, several years later.

Denny stood firm for seven and a half grueling years, enduring solitary confinement, torture tactics, and starvation in an effort from the North Vietnamese to obtain military information and false confessions for propaganda. Through his courage, determination, and devotion to duty, Denny left a lasting impact leading to the eventual abandonment of the harsh North Vietnamese tactics with those they imprisoned. Denny was later awarded a Silver Star for his bravery and honor as a POW.

Denny was finally released through Operation Homecoming on February 12th, 1973, and passed through the Naval Hospital in San Diego before returning to his family in Scottsdale, Arizona. When Denny arrived home, he was shocked (and elated!) to see that his 356 was still retained and cared for by the family during his seven-and-a-half-year absence.

Following is a newspaper article that pictures Denny, his father, and the 356 only days after his return home. His smile in that photo says it all. He was delighted to be home with his family- and his 356! During his stay in Scottsdale, Denny joined the local chapter of the PCA and even showed his 356 at the Scottsdale PCA Concours in the summer of 1973.

Denny spent the next seven months resting and recovering from his time in Vietnam before returning to NAS Miramar in October 1973 to take refresher flight training. Following completion in November of 1973, he spent the following year in F-4 Phantom Fleet replacement training with VF-121. Denny then redeployed to Vietnam in November of 1974 and participated in operations involving the Fall of Saigon.

In 1974, Denny purchased his lifetime home in La Jolla, California. The 356 resided there for the next 48 years until the end of 2022. Denny remained in the Navy until 1980, reaching the rank of Commander and served as Safety Officer with VF-121 at NAS Miramar, Executive Officer of VF-191 at NAS Miramar, and Commanding Officer of VF-191 during a deployment aboard the USS Coral Sea.

After Denny retired from the Navy, a friend and fellow retired Naval Aviator introduced the opportunity of flying privately. Denny became the personal captain for Prince Khalid bin Abdulaziz and flew many of the Prince's private aircraft in the following years, the last being the Prince's custom-tailored Boeing 767.

Denny purchased an apartment in London that he used as his home away from home while flying for the Prince across the Middle East and Europe. Denny remained captain for the Prince until September 2001. After the events of September 11th, 2001, Denny elected to end his employment with the Prince and returned home to San Diego.

In 2002, Denny began law school at Cal Western and graduated in 2005. He learned from and worked with his sister, an attorney representing inmates on death row. Denny spent significant time with many inmates and found a personal connection with them after what he had experienced during his captivity in Vietnam.

CPR was lucky enough to meet Denny for the first time in 2011. Denny arrived at CPR one morning with his lovely Light Ivory 1965 Porsche 356SC coupe to inquire about a restoration. On initial inspection, Denny's 356 was one of the most excellent original 356s we had ever seen. Original paint, all original metal, a healthy numbers matching drivetrain, and a beautifully preserved original interior. We pleaded with Denny to leave the car in its original form as it truly did not need restoration and was an unbelievable survivor. But Denny wanted the car perfect, and we embarked on the simplest, most straightforward restoration of a 356 that we have performed.

We stripped the car to bare metal, revealing the straightest and driest original 356 body we had encountered. It was very nearly perfect. The vehicle required little metalwork and retained its original metal, including its floors. The body was placed in heavy primer and blocked to ensure straightness and factory gaps.

It was then finished in its original color of Light Ivory and reassembled using its restored factory original parts. The engine and gearbox received complete overhauls, and the interior was refinished in German vinyl by Autobahn Interiors in Sorrento Valley. CPR completed the restoration work in 2013, and the car returned to Denny in La Jolla, California.

Throughout the next decade, Denny would periodically visit CPR to have the 356 serviced and tweaked to his liking. He drove the car regularly and got to use and enjoy it to its fullest potential.

This 356SC was very special to Denny. The car represented an emotional pivot point in his life and symbolized joy through all the hardships he faced as a young man. We're sure Denny elected to have us restore what was ultimately one of the more excellent original 356s because he never truly got to enjoy the car when it was brand new, and he wanted to have that experience.

Our last opportunity to see Denny was in the late summer of 2022. The driver's door on his 356 was slightly out of adjustment, and as was standard with Denny, he wanted the car perfect. He dropped the car off in the early morning so we could adjust the door 1/16th of an inch to get it back into the ideal spec that meant so much to him. We trailered the car back to his home in La Jolla, where he could enjoy it for several more months.

Denny, unfortunately, passed away on November 26th, 2022, after a battle with cancer. He was 84 years old. Denny's family contacted us after his passing to represent the 356SC and see to it that the car finds a home with a custodian that will care for it properly and carry its remarkable history forward. This car will always be Denny's 356 in spirit, and the future owner will be the lucky caretaker who continues to share and tell its extraordinary history.

The documentation for this 356SC is outstanding. It begins with the original purchase order dated 11/26/64 from Garage Martin Losch in Luxembourg, where Denny placed his order. Denny retained all the original shipping documents for the import to America, including the bills of lading, inspection sheets, and windshield tags.

The service records start from the beginning, a 300-mile inspection invoice from Truman Volkswagen Porsche dated 3/10/65, only days before Denny deployed to Vietnam. Records resume after Denny's return from Vietnam. There is a PCA roster sheet from 1973 and a grade sheet from a PCA Concours that he showed the car at in 1973. Service records remained detailed from the 1970s through the car's arrival at CPR in 2011. Denny kept all CPR restoration records and parts lists.

There is also an assortment of documents and items included with the car relating to Denny's story and history with the Navy. Those items include the original letter sent to Denny's parents in 1961 when he graduated from Naval Flight School, an assortment of newspaper articles and clippings from Denny's time in captivity and his return to the United States, original photos taken by the Navy of Denny at and around the time after his return, numerous images of the aircraft that he flew in the Navy, original Naval patches and decals from his Fighter Squadron VF-191, a "Welcome Home POWs" sticker given to him upon his return and much more.

This 356SC is an exceptionally well-documented example and has a verifiable history since new. It is exceedingly special, and it has been an honor for us to restore and represent it for the wonderful man who was its caretaker for 57 years. If you are in the market for a one-owner Porsche 356 with perfect history, a remarkable story, and a nearly-absurd level of care, this is the Porsche 356 for you. 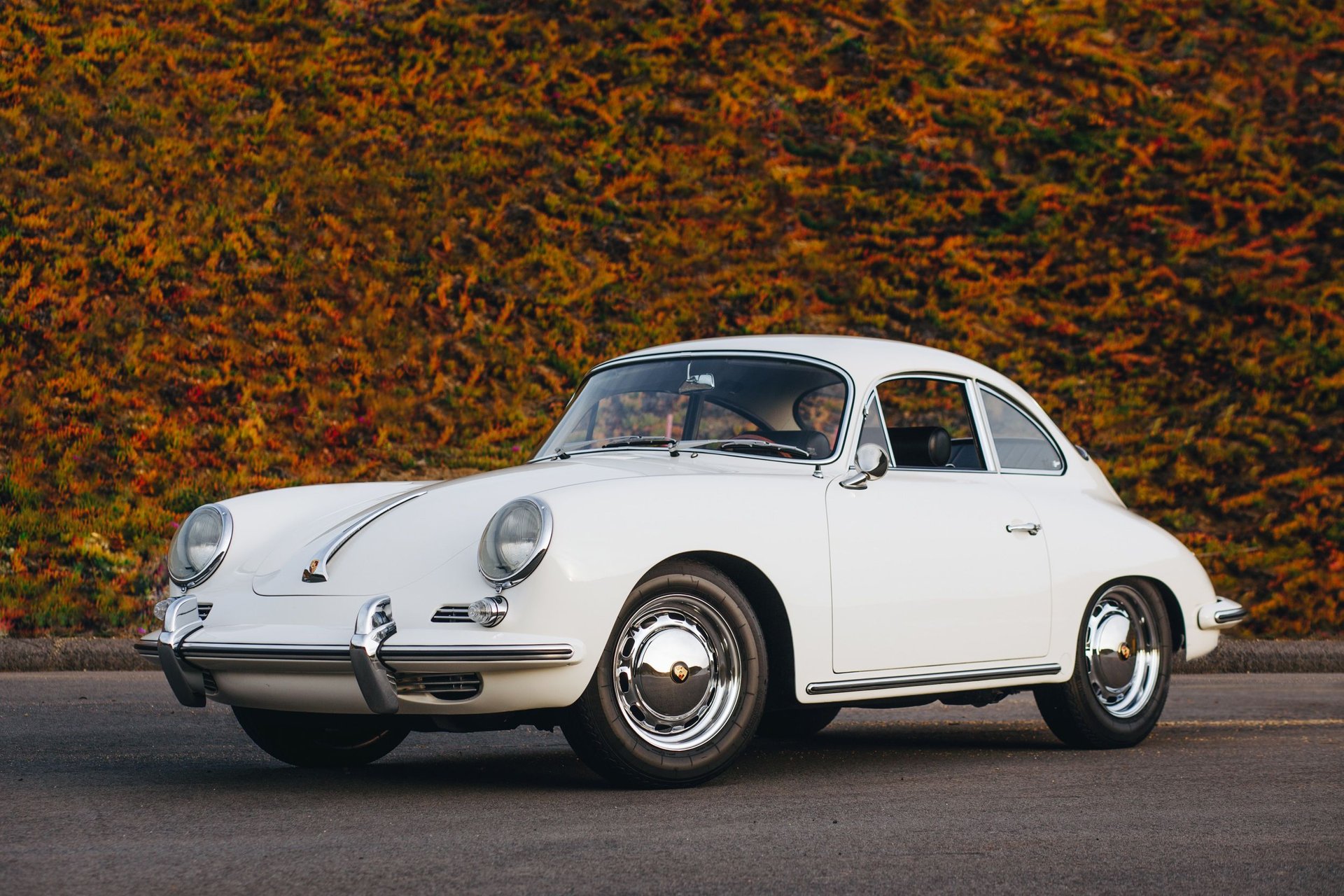