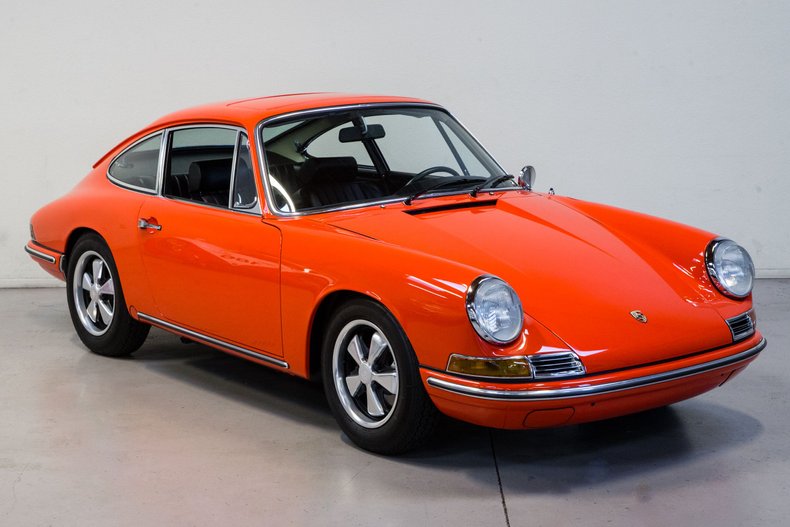 CPR Classic is very excited to offer this lovely 1968 Porsche 911L Coupe that underwent a complete ground-up restoration by us and was completed in 2016. Finished in its original color combination of Blutorange (Tangerine) over black leather, this example presents in better than new, fully restored condition.

This 911L has a beautiful history and is detailed as follows:

CPR first acquired this 911L in 2012 from its second owner, who purchased the car in 1972 and had owned it for the following 40+ years. The car was purchased by the longtime owner from a dealer in Garmisch, Germany, while he was stationed in Italy in the Air Force. The owner had the car shipped to him in Italy, where it spent the next two years traversing Desenzano Del Garda (a beautiful tourist destination town on the southwestern shore of Lake Garda) on his daily commute to work.

Two years later, the owner was relocated to Dayton, Ohio, and had the car shipped to the factory in Zuffenhausen for service and front seat replacement before sending the car to his new residence in Ohio. The vehicle spent about four years in Dayton before the owner was again relocated to Europe, this time in Ramstein, Germany, and took the car with him. The car spent the following four years in Germany before the owner retired to Albuquerque, New Mexico. The car spent the next seventeen years in Albuquerque and then an additional ten years in Brentwood, California.

Then one morning in 2012, the longtime owner arrived at our shop in a very original but well-driven 911L looking to sell the car. After inspection, CPR purchased the car from the owner as it was found to be in beautifully dry and straight condition but was in need of complete restoration. After acquiring the vehicle, we placed it into storage for a short period of time before it was completely disassembled and began the restoration process.

The car was first wholly disassembled and then stripped to bare metal by hand. The tub was then put through a detailed metal process where every panel was evaluated and addressed as necessary. The tub was placed on our frame bench to ensure it was straight and all pickup points were within factory specifications. Lead was added where needed and the exterior was metal finished prior to moving to paint.

Once in the paint shop, the tub was placed on a rotisserie and was sealed and re-undercoated. The bottom of the tub was finished in the correct shade of black and then moved to the exterior paint process. First, the exterior was sealed and placed in heavy primer. Then several hundred hours were spent blocking the car to ensure arrow-straight panels and a perfect foundation for the paint to be applied. After a final layer of primer and a final detailed blocking, the car was refinished in its correct original shade of Blutorange (Tangerine). Following paint, a color sand and buff was performed to remove orange peel and light imperfections.

After the car exited paint, it was partially assembled before being sent to Autos International to install a new black full leatherette w/ elephant hide interior as per the COA. Every piece of the interior was either restored or replaced to ensure a nearly flawless final presentation. Following interior, the car returned to assembly and had the drivetrain installed, and final sorting was performed.

The engine remains numbers matching and is original to the car. The car was initially delivered as a Sportomatic and remained in that configuration until CPR restored it. The car was sold partially through the restoration to a longtime CPR collector client in Phoenix, AZ. The client requested that the car be converted to a correct 901 manual transmission setup during restoration. A proper 901 gearbox was sourced, overhauled, and installed as per the client's request. After sorting and break-in mileage, the car was delivered to the client in Arizona, where it remained for several years before being sold. Recently, the car was purchased by another longtime CPR Client and was used sparingly for a short period of time before returning to CPR.

The car remains today in the same fully restored condition it left us in five years ago. Only minor items needed to be addressed, and the car received a full service on arrival. If you are in the market for a stunning short wheelbase 911 that has a wonderful history and will provide a better than new driving experience, this is a must-consider example. 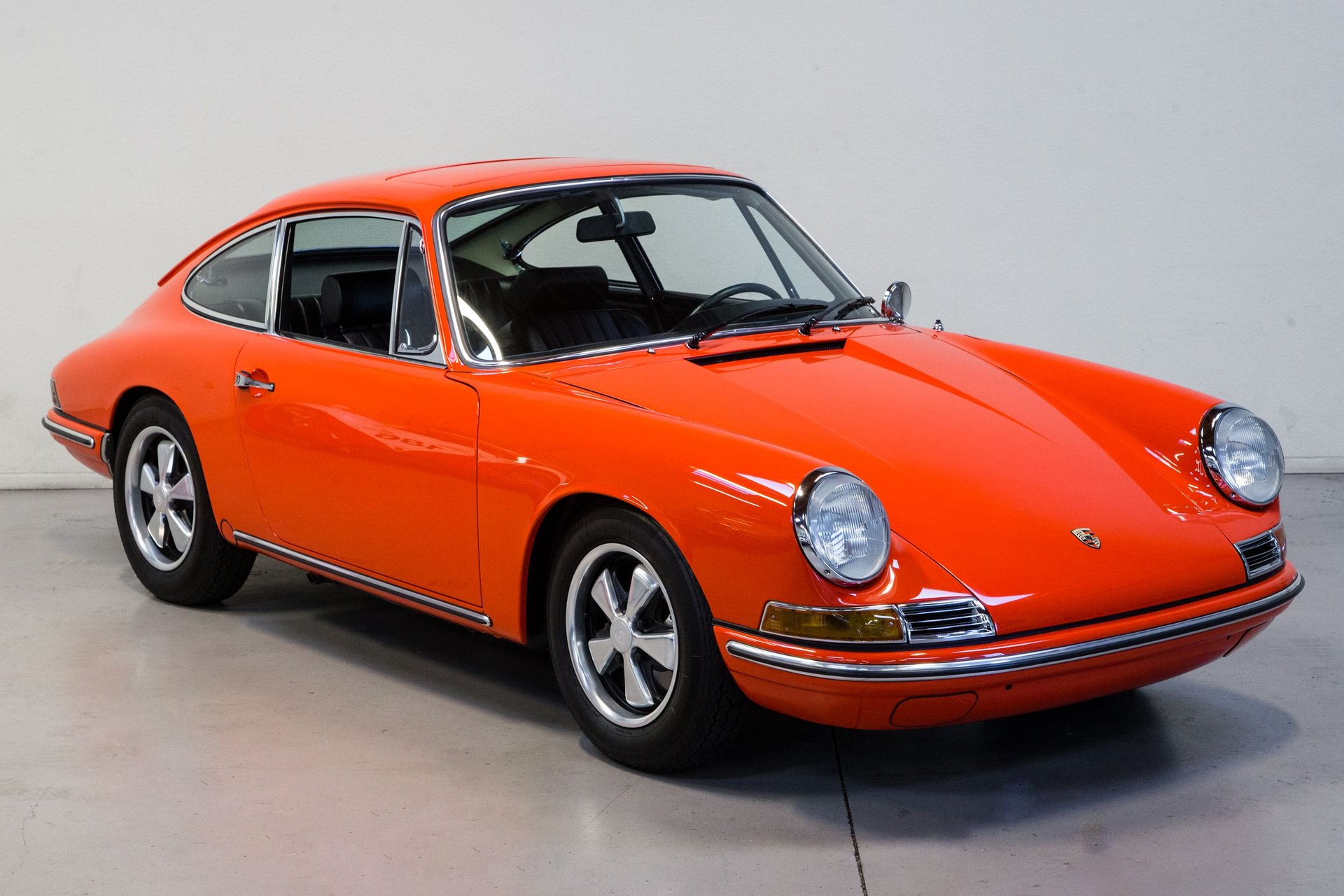