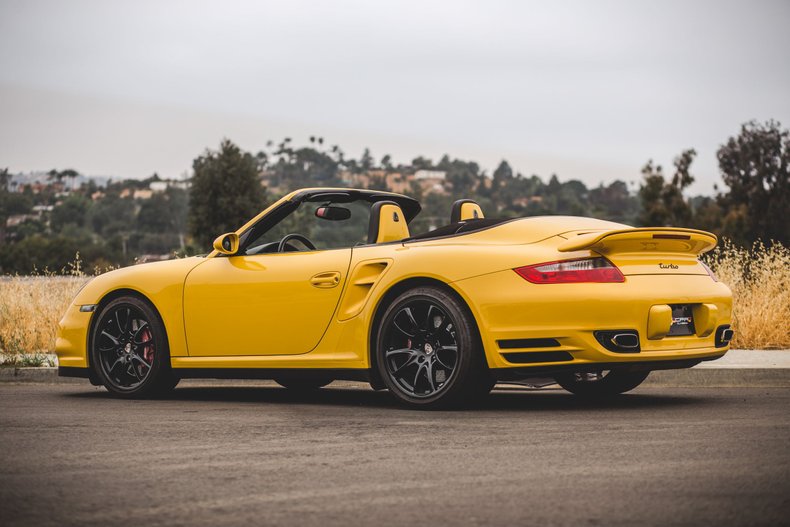 CPR Classic is pleased to offer this very special 2008 Porsche 997 Turbo Cabriolet in Speed Yellow over a full black leather interior with an excellent set of factory options.

This example was delivered new to Beverly Hills Porsche in March of 2008 and has had three fastidious owners throughout its life. The first owner lived in Malibu, California, and owned the car for two years, adding just over 10,000 miles. In 2011, the car was sold to its second owner, a Thousand Oaks resident who kept the car until November of 2016, adding an additional 16,000 miles. The car was then purchased by its third and most recent owner in 2016, a San Diego-based enthusiast that drove the car sparingly over the next five years, adding 10,000 miles. The car now shows just over 36,000 original miles and is in original immaculate condition.

The overall presentation of this 997 Turbo is stunning. The car is entirely original in terms of exterior paint and interior. The paint meters within factory specifications in all areas. The interior has been outfitted brilliantly with color-matched seatbacks, yellow gauges, and a carbon interior package that completes the overall aesthetic.

The factory options for this 997 Turbo are as follows:


997 Turbos are special 911s in every regard. Their power comes from a Mezger based 3.6-liter flat-six that produces 480hp. The Mezger based engines are widely regarded as the most robust water-cooled engines Porsche has ever made. Low-end torque is phenomenal, and when on boost, the car is breathtakingly quick. Turbo lag is minimal to non-existent, and the car is effortless to drive in all conditions, whether it's rush hour traffic or carving through canyon roads.

The 997 is, in our opinion, the most well-rounded modern 911 that's been built by Porsche. They are equipped with all the modern amenities you'd expect to find, but packaged into a small, agile platform and are the last generation of 911 where feedback and feel was a high priority. If you are in the market for a 997 Turbo and would prefer a uniquely optioned car in a unique color, this car is a must-consider example. 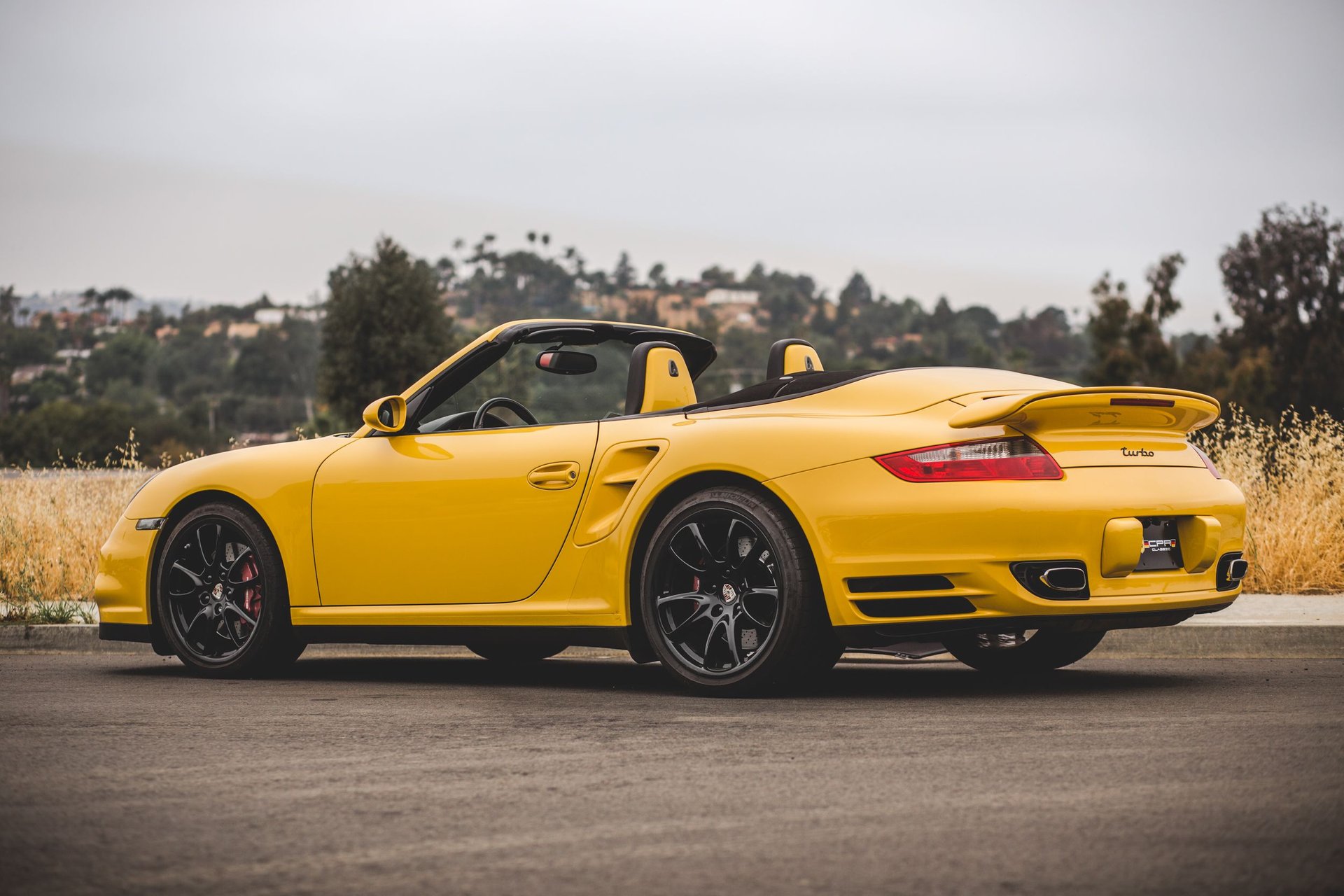