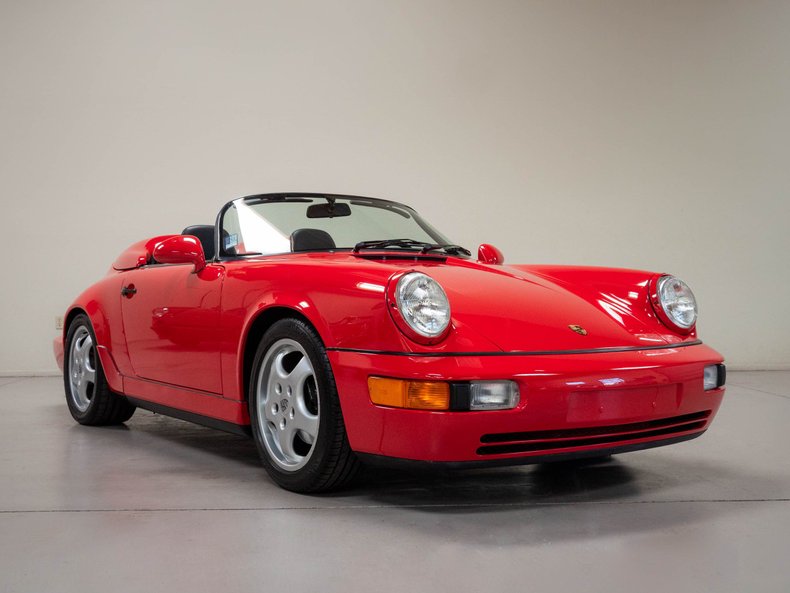 CPR Classic is delighted to offer this 1994 Porsche 964 Speedster in Guards Red over a black leather interior. This Porsche Speedster is one of 427 delivered to the United States, out of only 936 cars built.

This example was delivered to River Forest, Illinois, where it remained with its first owner for over 15 years. In 2009, the car received its 15,000-mile service at Porsche of Greenwich at a mileage of 10,500. The car traded hands in 2010 to its most recent owner, a gentleman in Redondo Beach, California, who kept the car for nearly ten years before purchasing another Porsche from CPR to replace it. The car spent the years in his care being garage kept, regularly detailed and driven sparingly. Our client covered just under 4,000 miles during his ownership and frequently serviced the car to ensure proper upkeep. The car now shows 14,500 miles and is in spectacular condition.

The 964 Speedster was Porsche's 911 model for those who wanted top-down performance. The cars were stripped of most amenities aside from electric windows, special bucket seats were installed, and a manually-operated convertible top with a low, laid-back windshield contributed to lightness and better aerodynamics. The car is an homage to the Speedsters of the 1950s whose sole purpose when new was a lightweight, no-frills, sports driving experience. This example features a limited-slip differential for added performance and factory air conditioning to give the car a bit of comfort on hot days.

Upon arrival at CPR, the car received a fluid service and complete paint correction to remove minor surface scratches.

Please Note: The original Becker radio came with the car when it arrived at CPR and is currently being restored. It will be reinstalled prior to delivery.


This 964 Speedster was nicely optioned from the factory, including:


This Porsche 964 Speedster is an exceptional piece of air-cooled 911 history. This example has been driven sparingly, cared-for to the highest level, and is immediately ready to be enjoyed by its new owner. If you are in the market for a very special Porsche 964, call us! 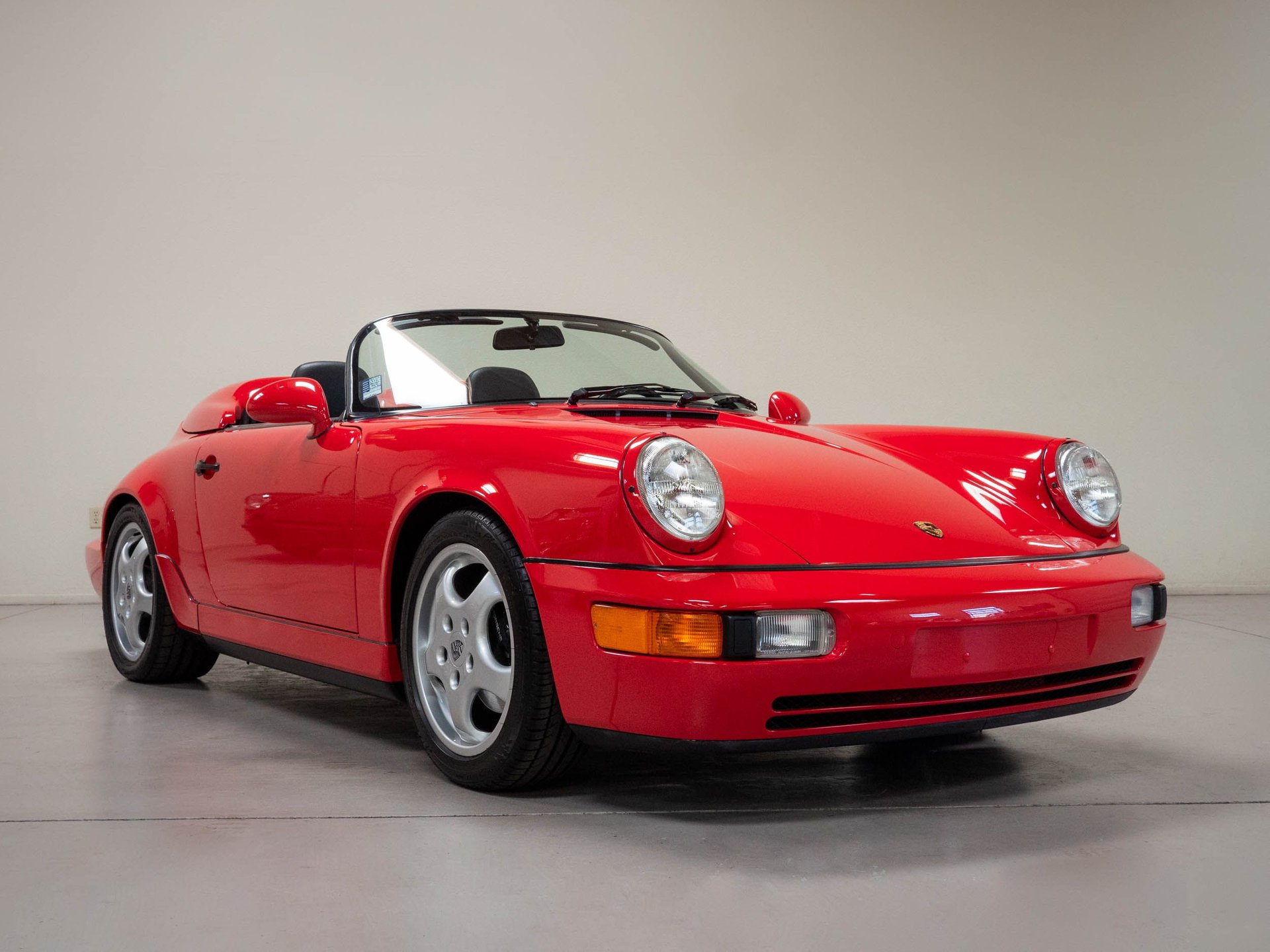