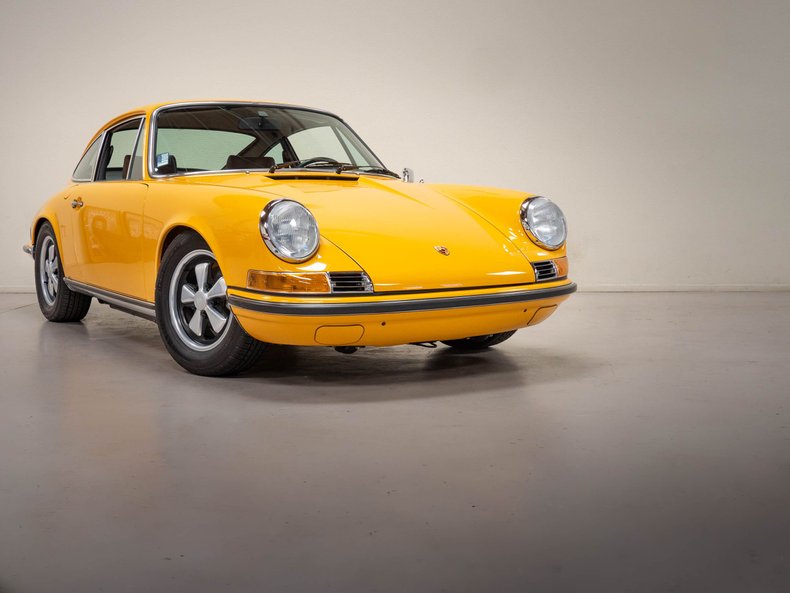 CPR Classic is happy to offer this better-than-new 1972 Porsche 911 T finished in its correct color combination of Signal Yellow over a brown full leather interior. This spectacular '72 T underwent a complete ground-up restoration at CPR Classic and delivered to its longtime owner, a Texas doctor, in November of 2015.

The car was initially purchased by the second and most recent owner in January of 1974 when the owner was a freshman in medical school. The car resided with this owner over the last 46 years, accompanying him anytime he moved, including several stints out of the USA.

In 2012 the owner contacted CPR and commissioned a full ground-up restoration of the car to Concours standards. Every nut and bolt on the car was addressed. The car was stripped to the tub, which revealed a beautifully straight body needing minimal metalwork. Once the metalwork was completed, the vehicle then went to our in-house paint department where hundreds of hours were spent sealing, priming and blocking the tub to ensure laser-straight bodywork and factory standard gaps. Once the tub passed inspection, it was refinished in its correct exterior color of Signal Yellow utilizing the highest quality Galsurit paint.

After paint, the car moved to our assembly shop, where most of the assembly was completed prior to being sent for the interior installation. All suspension components were painted or powder coated as appropriate. Every piece of hardware was replated to correct factory finishes, and the highest quality replacement parts were utilized in completing the assembly of the car.

The matching-numbers engine was fully rebuilt to include all machine work, new internals throughout, and our cosmetic restoration package.

The documentation on this '72 T coupe is immense. Records include extensive service invoices dating back to 1974, registrations, the purchase invoice, and all receipts from the restoration work performed at CPR Classic.

During the restoration, the owner chose to install a new R134 air-conditioning system with an updated rotary compressor. The car is ready to be driven on the hottest of days worry-free.

This 911 T was acquired for sale by CPR in June of 2020 from the second owner. The car has covered just 1,200 miles since completion, with CPR adding 400 miles during break-in.

If you are in the market for an exceptional, better-than-new 911 in a desirable color combination, please don't hesitate on this example. It certainly won't last long! 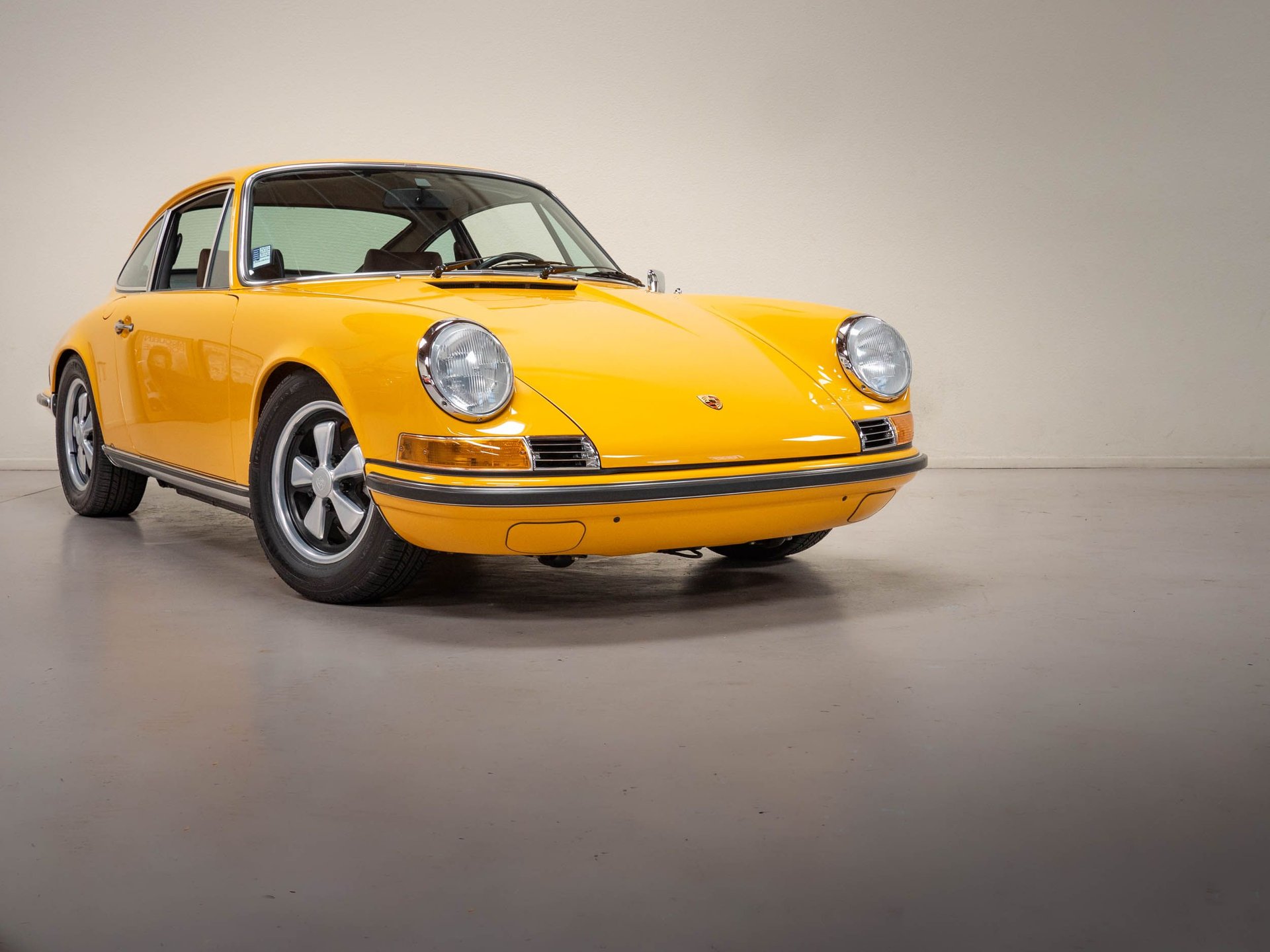