scroll
Back To Results 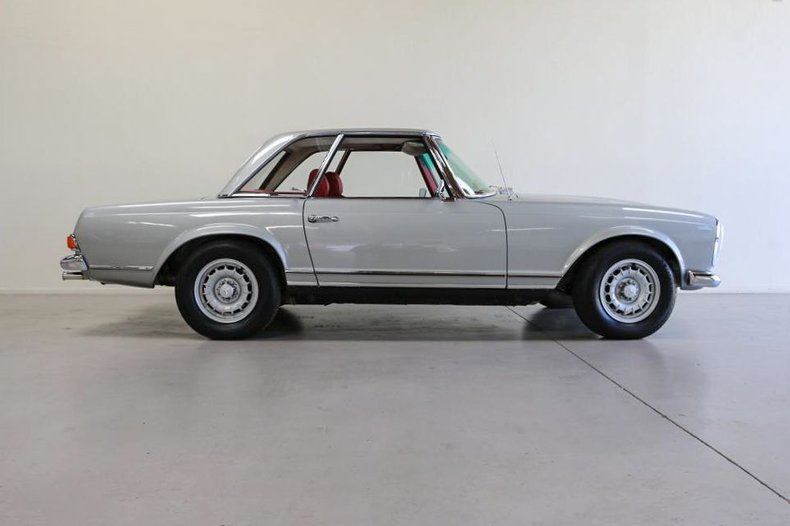 According to its factory data card this Euro specs, four speed manual transmission 1969 280SL "Pagoda" was originally sold new in Switzerland. Early in it's life the pagoda made its to the USA and landed in Tucson, AZ where local classic car collector Dan Mulnar purchased it in the mid-1990s. When Mulnar acquired the car it still sported its original midnight blue paint (DB904-dunkelblau) with a grey leather interior (247). The spirited pagoda moved to Mulnar's residence in upscale North Scottsdale, AZ and enjoyed a happy, pampered life along with other classic cars from Mulnar's notable Mercedes-Benz collection.

After nearly two decades of ownership Mulnar decided to embark in a full frame-off restoration of his Mercedes and commissioned famed local Pagoda/Gullwing restorer Jared King of Transcendental Finishes to conduct the task. The car was completely taken apart and striped to its bare metal. A lifetime spent in the Southwest revealed a laser strait frame with minimal rust decay. At this stage Mulnar decided to take permanent residence at his estate in rural Ireland and decided to part with most of his Arizona Mercedes-Benz collection, bringing with him only a couple of right-hand-drive cars that he could drive comfortably back in Ireland/Britain.

In January 2014 Cyril Mischler, one of CPR's partners, purchased the ongoing restoration project from Mulnar with the intention to keep the car for his personal use. Mischler, who is also based in Arizona continued the project, keeping King as the head of the restoration. King himself performed all the sheet metal and the minimal repair work to the body and resprayed the car in silver grey (DB180-silbergrau), Mercedes Benz's timeless, emblematic color. The interior was completely redone with the correct light red (3001) leather and carpet.

Mechanically the car was also thoroughly restored having not only the engine but the transmission completely taken apart and rebuilt. All other mechanical components such as the injection pump, drive shaft and the brakes, to mention a few, were also either restored or replaced with Mercedes-Benz original parts.

Throughout the 3 year restoration attention to detail and the highest possible quality of work were the utmost priorities. As an example of this dedication it was decided the rare, desirable "kinder" seat should be salvaged, restored and refitted into the car. Also a period correct Kuhlmiester under-dash unit was sourced and Bud's Benz excellent modern compressor air conditioning system was fitted into the car.

As a token of the superior craftsmanship of the restoration SL Market Letter, a leading magazine of all things Mercedes-Benz SLs, selected Mischler and his praised pagoda for a full technical feature on the A/C install in its past July/August Issue.

After enjoying the car for about a year and putting just about 10,000km (6,000miles) Mischler is now concentrating on another Mercedes-Benz project and is offering this exceptional and rare pagoda for sale. 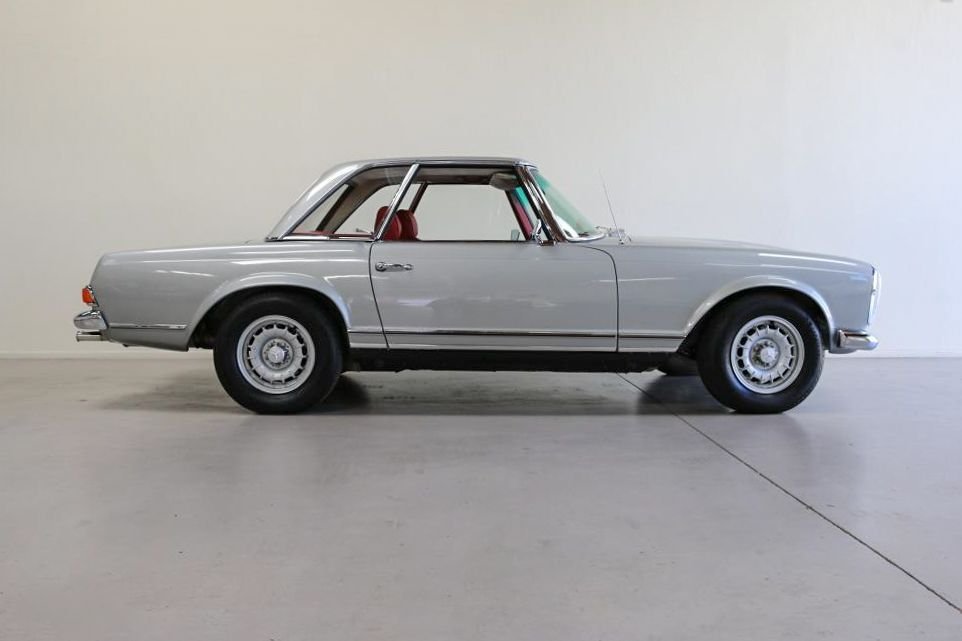