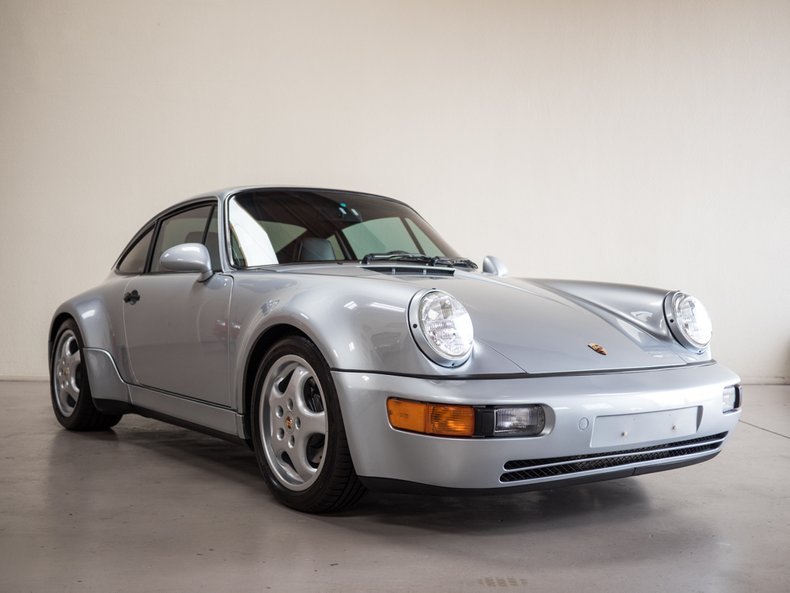 Introducing this stunning 1994 Porsche 964 factory Widebody C4 Coupe. The car is a very limited production Porsche 911 that was built for and delivered to North America for one year only. In total, only 267 North American factory wide-body 964's were delivered.

The car is an early 1994 example, having been delivered to Porsche Cars North America on 10.13.1993. It is finished in its original color combination of Polar Silver over a Classic Grey leather interior and shows as an outstandingly well kept, all original example throughout. It has covered just 60,200 miles since new and has been owned by two meticulous owners.

The car was purchased new at Holberts Motors in Pennsylvania and spent the first 17 years of its life with its original owner. Maintenance records date back to 2001, and Porsche dealerships exclusively serviced the car during this entire period.

In 2015, the car was purchased by one of our top collector-clients, and it was then shipped to and registered in California. The car had covered 57,000 miles up to this point. During our client's ownership, the car had two major services performed by GMG in 2016 and 2017, as well as a complete 4-wheel alignment, new brake pads, rotors and new brake sensors. The car received another annual major service in May of 2018 by CarParc USA.

CPR Classic has gone through the car completely, addressed any minor issues found and performed a full color-sand and buff to bring the car's original paint back to optimal condition. The car's exterior paint shows as all original and is in excellent overall shape. The car has sustained only several minor rock chips on its front bumper and hood, and is nearly perfect.

Factory options are as shown:

1994 was the only year that Porsche built a factory NA Widebody 964 for the US Market. The Widebody cars are beloved because of the gorgeous curves they share with the 965 Turbo and 3.8 RS Clubsport, but presented in a much more understated way with no large spoiler or aero. The car is the very last of the original iconic 911 silhouette and has become an increasingly collectible model over the last several years. With only 267 built, this car will serve as a rare, investment grade collector car, ready to be delivered and enjoyed anywhere in the world. 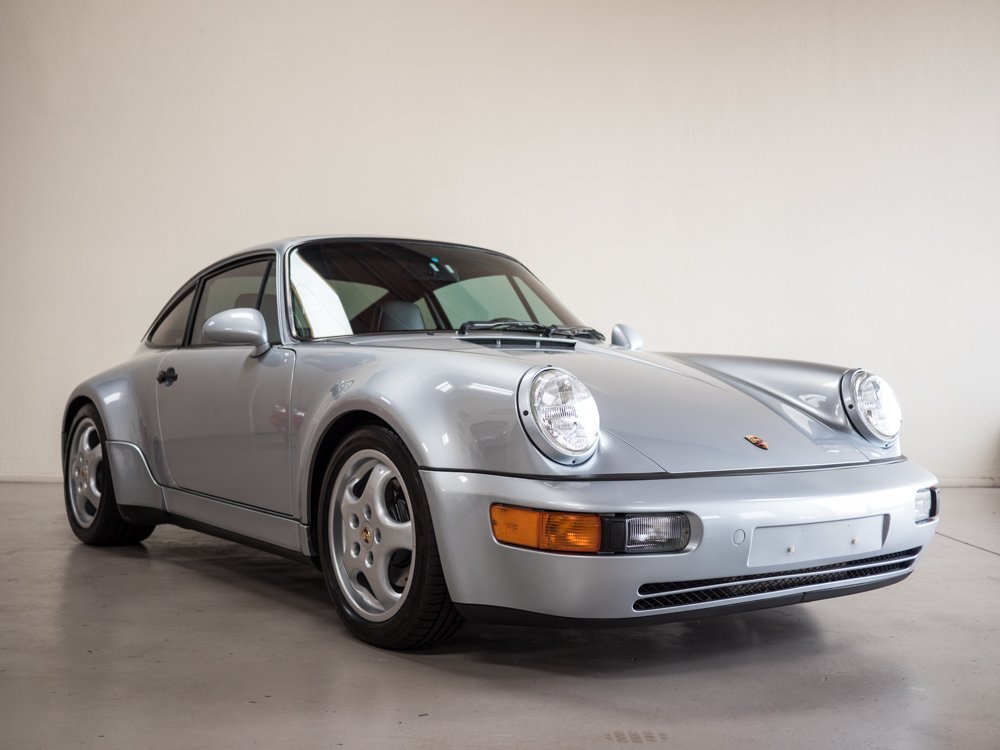