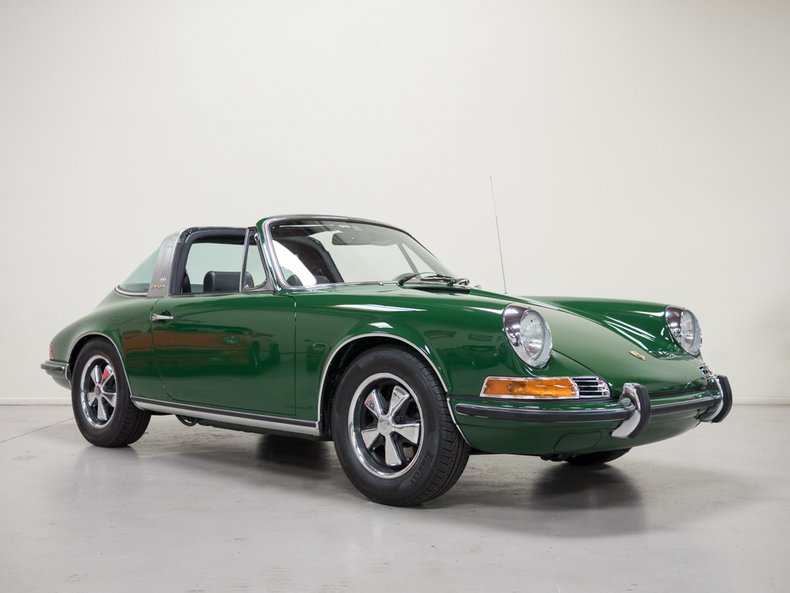 Now available from CPR Classic is this stunning 1969 Porsche 911T Targa finished in its factory correct color combination of Irish Green over a Black interior.

Production was completed on this Targa in June 20th, 1969; shortly afterwards it was delivered to its first owner in California. Upon arrival at the dealer, the car was outfitted with the dealer optional “Koolaire” system that the car still retains to this day.

This 911 Targa was relocated from California in 1999 to a storage facility in Philadelphia where it remained in original, untouched condition until 2013. The car was then resurrected and exited storage showing virtually no signs of rust. It was taken to Knut Holzer of BMC and a complete ground-up restoration was commissioned. The matching numbers engine and gearbox were sent to Bitner Automotive for their respective overhauls and the carburetors were completely rebuilt by Parts Klassik.

Great care was taken by BMC during the restoration process to ensure that the car was restored to like-factory standards. The car's paint quality, gaps, bright work and undercoating have been replicated to accurate standards. Once the tub completed with metal work, it was prepped, painted, and partially assembled before being sent to Automat in Long Island, New York where the interior was completely redone to concours standards. Once the interior was completed, it went through the final stages of assembly and after the mechanicals were finished, the car was sorted and delivered to its current owner.

LBI Limited offered the car several years ago and it was purchased by one of our clients who drove the car minimally on sunny days in Palm Springs, where it had resided until being traded to CPR as partial payment toward another 911.

NOTE: The car is currently photographed wearing polished Fuchs, the correct 1969 matching numbers wheels are being refinished and will be re-installed on the car prior to delivery.

This example was very highly optioned from the factory including:

1969 was the first year for the long-wheelbase 911, this example being one of the finest 1969 911's we have ever taken in. The color combination is sought-after and the restoration work that was performed is top-level. The long-hood 911 market has been very strong for the last five years and this example would serve as a wonderful investment-grade 911 that is still very affordable by today's market values. If you are in the market for a fully sorted, turn-key restored 911 at a fair price, this Targa is a must-consider. 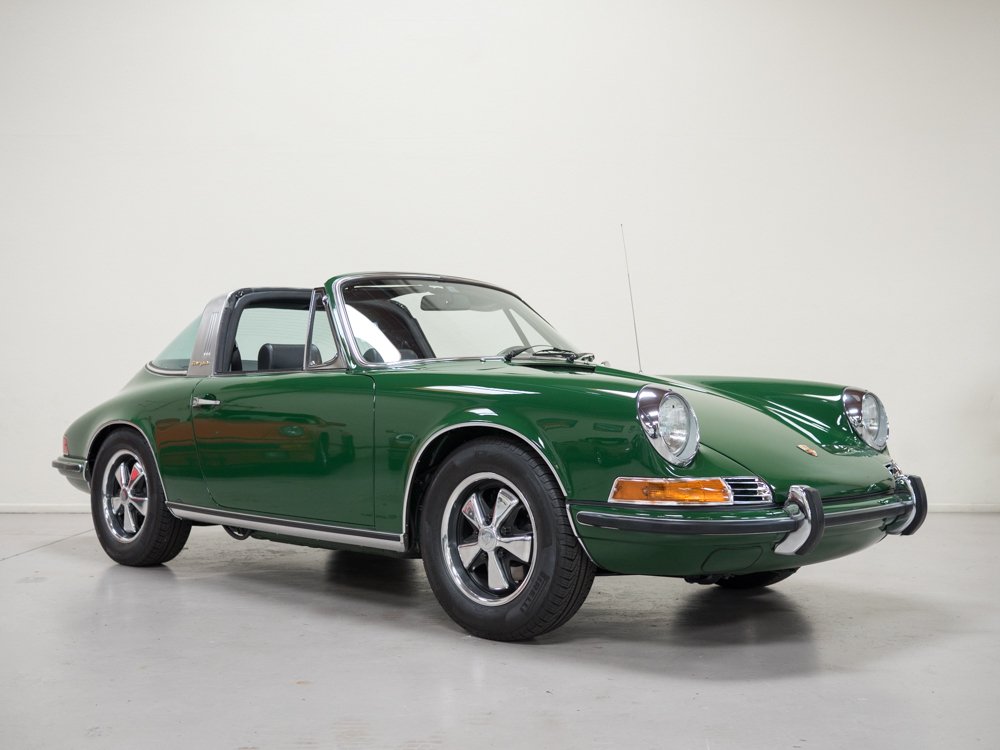