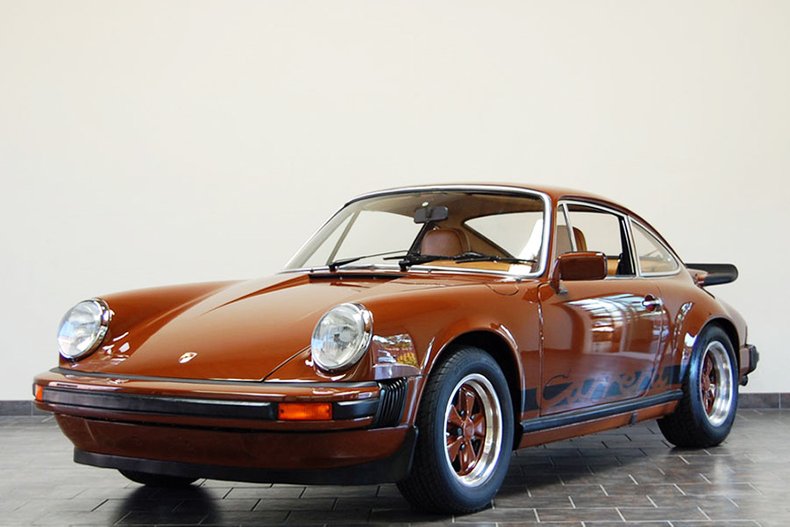 It doesn't show in the standard spec books, but after the end of the 1500 famed 1973 911RS production, private clients demand for the MFI 2.7 for racing and driving enjoyment led Porsche to build 2,262 of these special cars between 1974 and 1976. The factory built these cars to 73 911RS spec using the tested and true 2.7 911/83 motor and 915 trans in the new 5 mile-an-hour-bumper G-body car with the same quarter panel flares as the 73RS, new light alloy rear trailing arms and factory installed roll bar hard mounting points and alloy front calipers. All 113 1976 cars were special order and delivered to clients in Germany. Most of these cars were heavily raced in Europe and are no longer faithful examples of the original. This example in its original factory Dark Bitter Chocolate with Tan vinyl interior is in excellent and correct overall condition. The car was sold new to a collector in Germany who rarely drove it and sold it to a collector in the US in 1989. The new US owner sent the car directly to the Porsche factory and had performance upgrades and interior seats redone at a cost of 58,000+ Deutsche Marks (approximately $33,000 at the time). The car was then shipped to the US and received US DOT and EPA certification. The complete releases and invoices along with all documentation from his ownership come with the car. In 2007, CPR bought the car, fully serviced it then sold and shipped the car to Mr. Willi Kauhsen, a Porsche race driver (1968-1974) and team owner (1972-1979) in Germany. Willi, a close friend of CPRs founder, kept the car in his collection until CPRs founder purchased the car from Mr. Kauhsen and returned it to CPR. Most recently, the car has resided in a collection here in the San Diego area and has just been reacquired by CPR to sell. This will be the third time that we have had the pleasure of selling this immaculate example of a Carrera MFI, and it still looks just as spectacular as the first time it entered our doors. This is a perfect example in outstanding mechanical and cosmetic condition and would be a star in any Porsche collection. 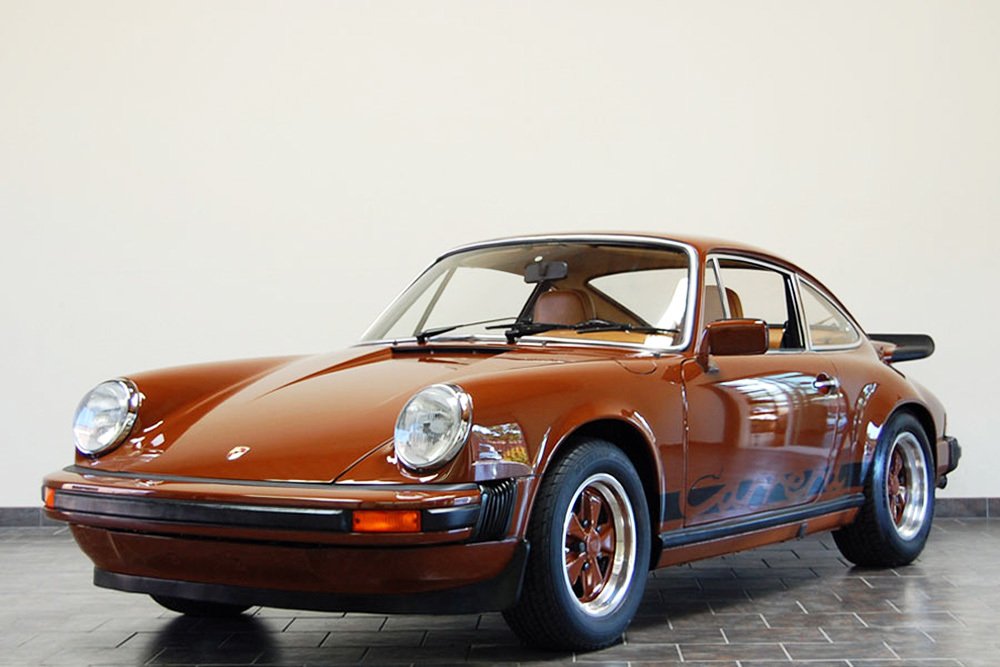