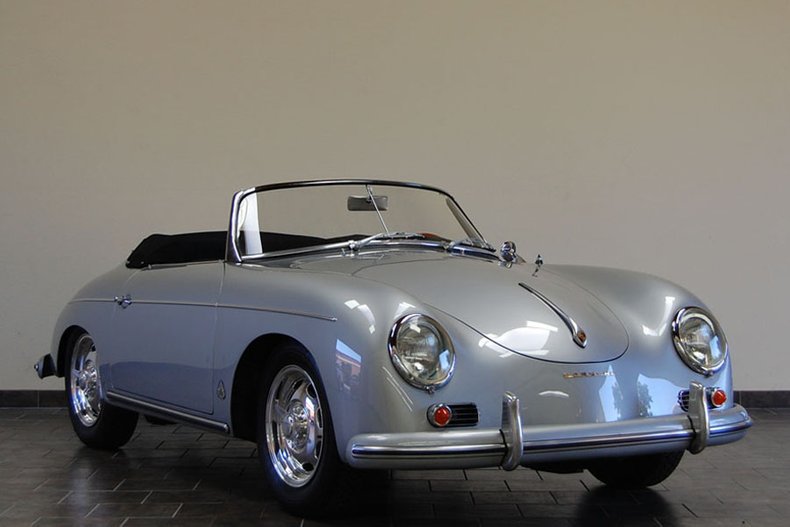 Restoration Portfolio - 1959 Porsche 356A Convertible D - Silver Stock Number 1509 This Convertible D was restored here at CPR and is stunning. SOLD A change in sales tactics was evident in August 1958, when Porsche got a head start on model year '59 by replacing the Speedster with the Speedster D, retitled Convertible D shortly before its public debut. The "D" denoted Drauz of Heilbronn (about 20 miles from Stuttgart), which built the bodies. Still a two-seater but priced $500 higher, the Convertible D had a taller chrome-framed windshield and a top somewhere between the original Speedster's low, simple design and the cabrio's deluxe padded top. Also featured were roll-up windows (no more side curtains) and reclining front seats, as on other models. Retained was the unique Speedster dash with no glovebox (kick-panel map pockets substituted) and a hood over the instruments. The Speedster's bodyside chrome strips were also retained, giving the D some of its visual character, but the taller top was far more practical. The rationale for the Convertible D was simple: Ferry had never liked the Speedster. He felt a "stripper" didn't really fit the make's image, and he cited low sales in making a case against it on cost grounds, as well. As usual, he was right. Though more like the regular cabrio and thus, perhaps, less charming than the Speedster, the Convertible D earned plenty of press praise. Road & Track called it "the best buy in a highly desirable line (offering probably) more driving pleasure per dollar than almost any car you can buy." Which was saying something, considering that it cost only some $200 less than a '59 Corvette. Apparently noting that narrow price spread, Motor Trend conducted an odd comparison test between the Convertible D and a fuel-injected example of America's sports car. While concluding that both were great buys, writer Wayne Thoms admitted that the Porsche was superior on most counts: fit and finish, handling, braking, low-speed tractability, passenger comfort, and fuel economy. The 'Vette won points only for acceleration (7.8 seconds 0-60 mph versus 15.2) and more readily available service. R&T seemed amazed at "how a company can continue to improve a car so much over a period of years with only detail refinements." This was simply Porsche's way, of course, but planning for the 356's successor had already begun -- back in 1956, in fact, just as the first As were reaching customers. 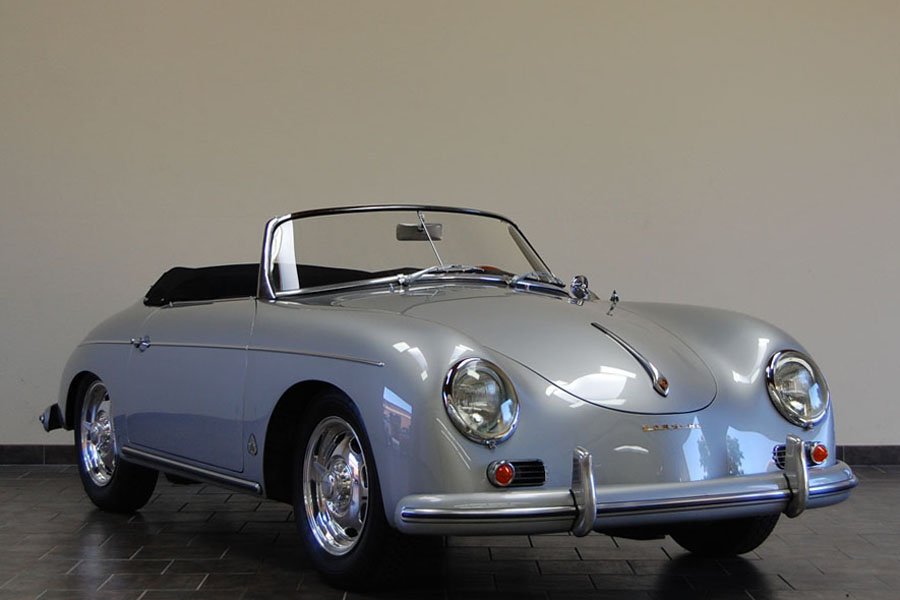